World of Warcraft game maker Blizzard Entertainment is going to find itself in a real battle – not just a virtual one — when it goes to court next year on charges of infringing patents owned by Worlds Inc. 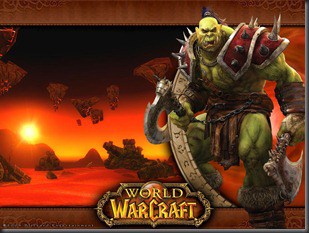 In an interview in Forbes, Worlds CEO Thom Kidrin said:

In the late ‘90s users were limited to between 10 to 15 concurrent users per room and if you logged in a few minutes after your friends did, you could not play with them because the room had already reached its limit and been closed to additional users.

As the confluence of separate internet service providers (ISPs), such as Compserve, GE Net and Delphi, to name a few, evolved into the World Wide Web, the need for datastream management methods for avatars in a virtual world across different PC platforms accessing the web at varying internet speeds became a crucial problem to solve.

Kidrin says Worlds’ patents solve those problem, and Blizzard is using their technology without a license. Worlds says it has not yet completed its technical analysis on whether other MMO games are infringing on its patents.

US District Judge Denise J. Casper (District of Massachusetts) has set the trial for 2013, and has a hearing scheduled for June 27, 2013.