But we think it’s good

A recent piece in the New York Times, “The Patent, Used as a Sword” is a full-on attack on software patents. 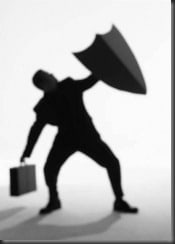 The authors, Charles Duhigg and Steve Lohr try, but fail, to make their article read like news instead of an editorial. Yes, they present a few quotes from Apple on the importance of software patents. And then they immediately rebut and dismiss them.

The article builds the case against software patents around the story of an entrepreneur, Michael Phillips, founder of voice technology pioneer Vlingo (not to be confused with Vringo) who lost a patent fight against the much larger Nuance. The way the article reads one would come to the conclusion that Nuance abused the patent system to steal Phillips’ company and technology from him.

Yes, Phillips won one court case against Nuance. However, Nuance also asserted that Vlingo was infringing several other patents. The authors do not take into consideration the possibility that Vlingo was, in fact, violating some of the Nuance’s patents. Nor do they look closely at whether some of Vlingo’s problems stemmed from bad business decisions that Phillips made early in the process of the litigation against Nuance.

Duhigg and Lohr bring dubious “evidence” that software patents are evil. They cite a Boston University study claiming that a “patent tax” adds 20% to smartphone development costs. They also cite a Stanford University analysis claiming that in the last two years $20 billion was spent on patent litigation and patent purchases, an amount, the authors note, “equal to eight Mars rover missions.”

There’s something a little disingenuous about many of these arguments. Presumably Google’s purchase of Motorola Mobility is part of the “$20 billion spent on patent litigation and patent purchases.” As if it’s not possible that Google made the investment in Motorola Mobility because they wanted to acquire the technology to make products, not just to defend against lawsuits.

If we can’t protect our intellectual property, then we won’t spend millions creating products like the iPhone.

Without strong patent protection, as soon as a product like the iPhone was introduced there would immediately be “clones” and prices would plummet, leaving Apple without the resources or the incentive to invest those millions in R&D.