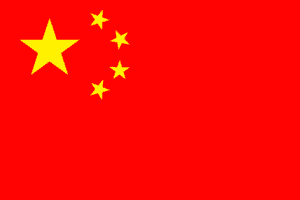 However, most of these were either design or "utility model" patents. Design patents deal with the design/aesthetic features of a product (the shape of an iPad, for example), while utility model patents cover iterative improvements in an existing invention rather than entirely new inventions.

Even though plenty of costly court battles have been fought over design patents, especially during the recent smart phone wars, the most valuable patents are generally considered to be utility (rather than utility model) or invention patents. In that realm, the US still leads the world – but perhaps not for long.

Of course, just because a patent was granted in the US it doesn’t mean that the inventor was a US citizen, or the patent owner a US company. The number two company in terms of patents granted in the US in 2012 was Samsung — a Korean corporation with research and development centers all over the world.

The Chinese patent office issued 217,000 invention patents — an increase of 26% over the year before.

The European Patent Office only issued 65,700 patents, and the growth rate was only 6%. Many European countries are suffering from a lack of engineers, even at a time of high unemployment. In the United Kingdom, for example, engineering is considered a low-prestige profession compared to law, medicine, or finance. The volatility of the UK manufacturing sector, which led to the loss of many engineering jobs in the past, also makes engineering less attractive as a profession. A decline in engineers naturally leads to a decline in inventions and thus patents filed.

Europe’s lack of a unitary patent system (which is in the process of being rectified) is another factor that inhibits EU filings.

China, on the other hand, has been steadily increasing its number of engineering graduates, in hopes of switching from a "made in China" economy to one based on products invented in China.