And calls it a troll 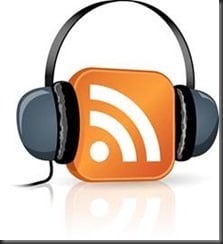 The Electronic Frontier Foundation (EFF) has launched a challenge to a 2012 podcasting patent held by a company called Personal Audio LLC.

Personal Audio is the assignee of US Patent No. 8,112,504 B2, for a “System for disseminating media content representing episodes in a serialized sequence.”

The abstract describes the invention as:

An audio program and message distribution system in which a host system organizes and transmits program segments to client subscriber locations. The host organizes the program segments by subject matter and creates scheduled programming in accordance with preferences associated with each subscriber.

The EFF calls the patent "broad and vague" and is looking to crowdsourcing (and crowdfunding) to overturn it.

Personal Audio has sued major companies like Amazon, Apple, CBS, LG, Motorola, and Samsung as well as the website "How Stuff Works" and individual podcasters like Comedian Adam Carolla.

Patent trolls have been wreaking havoc on innovative companies for some time now. But this particular breed of troll – targeting end users, small businesses, startups, and even individuals like podcasters for simply using everyday products – is a disturbing new threat.

The EFF intends to show that Personal Audio never invented the podcast technology and that the technology wasn’t “new” or “non-obvious” at the time the patent was granted.

The EFF is partnering with the Cyberlaw Clinic at Harvard’s Berkman Center for Internet and Society. They plan to use a new process called an "inter partes review" that was recently created by the America Invents Act. This process allows anyone to identify and submit to the US Patent Office “prior art” (similar or identical published ideas) that can invalidate a patent.

The EFF has put out a call to the podcasting community to help find the prior art and contribute funds to defray expenses. The effort has already cost $30,000.