Value of A Patent?

How much is that patent?

It’s worth millions of dollars 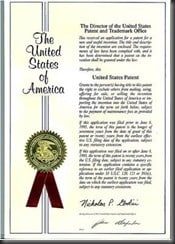 Patent valuation is currently somewhat more of an art than a science. Even an objective valuation of a patent may be of limited use, as valuations often depend on numerous variables, themselves in flux and sometimes unpredictable.

In general, some patents are worth little to nothing while others can be worth millions or more.

In 2005 the European Commission published a study that attempted to value thousands of patents filed in Europe between 1993 and 1997. The median value of a patent in the study was 300,000 Euros with a small percentage of the patents valued at over 10 million Euros.

In some instances, even when individual patents have little value themselves, the whole of a patent portfolio can be worth substantially more than the parts, particularly when the portfolio is being used strategically as either a sword or a shield. For example, non-practicing entities may use the threat of litigating with a large patent portfolio to pressure companies to license their patents rather than face expensive and time-consuming litigation. In contrast many multinational companies stockpile patents, individually not worth that much, like cold war enemies stockpiling nuclear bombs. In theory, the threat of mutually assured destruction prevents both sides from litigating their patents against each other (The current smartphone patent war seems to be the exception that proves the rule.)

When valuating your patent, it is important to remember that the rights granted by the patent are primarily exclusionary: patents do not give you the right to practice the invention, rather they limit the rights of others to practice your invention. These exclusionary rights do however provide you with monopolistic control over the products that are covered by the patent, provided only that someone else doesn’t have monopolistic control over a component of your patent. The value of your patent could vary widely depending on your freedom to operate.

The art of the valuation process notwithstanding, there are a number of recognized methods that are used to determine the value of a patent. Typically they are divided into quantitative and non-quantitative (e.g., classical) methods, wherein the non-qualitative methods look to metrics such as the cost to produce the patent and the replacement cost to replace the innovation (e.g., the cost to develop and design around the patent), the expected income of the patent (i.e., the expected cashflow to the patent owner that can be attributed to the patent over the patent’s lifetime), or the market approach that tries to find transactions involving similar patents.

The quantitative methods may look to components of the patents themselves including the quality and quantity of claims, the number of backward and forward citations, known litigations involving the patent and qualities of the overall patent family,

The World Intellectual Property Organization (WIPO) suggests a number of factors that should go into determining a patent’s value, including: (i) the importance of the patent to the market, e.g., whether it is a broad foundational patent or a narrow advance to another innovation; (ii) the nature of that patent’s market; (iii) the remaining term of the patent: while all patents start with a lifespan of 20 years, the actual number of remaining years in the patent term, at the time of valuation, should be reflected in the valuation; (iv) the amount of prior art in the field (how crowded is the field); and, (v) the significance of the patent. For example, can the patent block other competitors from practicing in the area.

While this may not help you get an exact value for a patent, it may help you to think about how to go about getting close.