Try to resolve their disputes 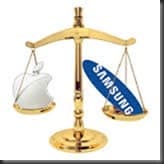 Apple and Samsung have reportedly held a series of low-profile settlement talks, including a face-to-face meeting in Seoul, South Korea, intended to resolve their high-profile patent disputes.

In August of 2012, a San Jose, California jury awarded Apple more than $1 billion in damages after finding that some Samsung devices infringed Apple patents. The judge subsequently reduced the damages and the case is on appeal.

The companies are also fighting over patents in the courts of Korea, Germany, and Japan – among other places.

On June 4, Samsung won an order from the US International Trade Commission (ITC) banning the import into the US of some older-model iPads and iPhones, including the AT&T model of the iPhone4. President Obama has three weeks in which to decide whether to veto the order, and if he doesn’t Apple will likely appeal.

Samsung and Apple have been doing business together since 2005, when Samsung began supplying Apple with parts needed to make smaller and thinner iPods. Samsung is still one of Apple’s main chip suppliers, and Apple is still one of Samsung’s largest customers.

Samsung entered the smartphone market later than Apple, selling phones based primarily on the competing Google Android operating system. By 2011, Samsung was selling 24 million units in the third quarter, versus 17 million for Apple.

Apple filed its San Jose patent lawsuit against Samsung in 2011, and later filings by both companies followed. Samsung has claimed that Apple infringed “standards essential” patents needed for creating any wireless device.

Any settlement is likely to be far-reaching and long-term, so the parties won’t have to go through the painful litigation process anytime again soon.

A deal might include cross licensing of patents for devices and technologies that haven’t even been conceived yet, let alone marketed.

Dispensing with the litigation will not only allow the companies to stop shelling out tens of millions of dollars each in legal fees. Ending the fight will also allow company executives to focus on the important task of fending off third-party competitors like HTC, Nokia, and Huawei.