Are focused and limited 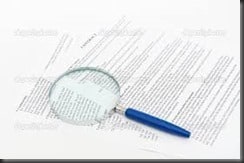 Under the new inter partes review (IPR) process, which replaced the old inter partes examination process as of September 16, 2012 under the America Invesnts Act (AIA), the Patent Trial and Appeal Board (PTAB) has been developing new rules to govern the scope of discovery in cases challenging the validity of patents.

Only limited discovery is available regarding prior publications and patents that may invalidate the challenged patent.

PTAB rules regarding discovery are far more specific than federal court discovery rules, given the far shorter time available for discovery. Discovery can drag on for years in federal court but is normally limited to one year with the PTAB.

“Routine discovery” includes discovery of exhibits cited in papers or testimony and “relevant information that is inconsistent with a position advanced by the party during the proceeding.”

Whereas in normal federal cases the standard for discovery is whether the request is “reasonably calculated to lead to the discovery of admissible evidence,” in PTAB proceedings the standard is higher.

In a March, 2013 decision in the case of Garmin v. Cuozzo, the PTAB specified five factors that were important when ruling on a motion for an order authorizing additional discovery: