Design Patents On The Rise 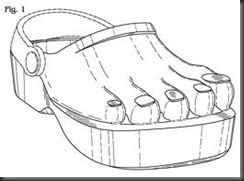 The Intellectual Property Owners Association (IPO) has issued its 2013 annual report on patent trends around the world.

The report shows that both filings and grants of design patents are up, and the data suggests that the rate of growth is accelerating.

As reported in this blog, Apple and Samsung have been fighting patent battles all over the world, and design patents are major ammunition in these battles.

Other technology companies seem to have made note of the increasing importance of design patents, leading to the increase in filings.

The troubled Canadian company formerly known as Research in Motion (and now known as BlackBerry Limited) became a top-10 design-patent-owning company in 2012 after receiving 161 design patents – a 65% increase in one year.

RIM/Blackberry announced earlier this month that it had appointed a committee to explore “strategic alternatives” such as partnerships and joint ventures with other companies – or an outright sale. The company suffered a $646 million loss in 2012, but owns a patent portfolio (including these new design patents) that may be worth billions. Samsung has been suggested as a possible bidder for the RIM patent portfolio, since it missed out on becoming a member of the Apple-led consortium that bought up defunct Nortel’s patent portfolio for $4.5 billion in 2012.

Other top design-patent owners for 2012 are Apple, LG, Nike, Philips, and Proctor & Gamble.

Most top design patent owners are consumer product-oriented companies. FIH Limited, a subsidiary of Hon Hair Precision Industry Company of Taiwan, is the only electronics manufacturing company on the top-10 list.

The IPO, established in 1972, is a trade association for owners of patents, copyrights, trademarks, and trade secrets. It lobbies for IP owners’ rights, analyses IP issues, and publicizes the importance of IP rights to the general public.