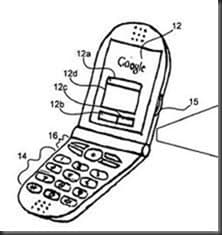 Google has enlarged the scope of its patent search database, Google Patents, to add patents from Canada, China, Germany, and the World Intellectual Property Organization (WIPO).

US patent documents in the database date back to 1790; EPO and WIPO patents go back to 1978.

Google Patents was launched at the end of 2006, using the same technology that drives Google Books and allows scrolling and zooming. The Advanced Patent Search page allows searches based on a number of criteria.

In August of 2012, Google introduced its Prior Art Finder. Information about prior art is useful both in attacking and defending the validity of a patent. As the US Supreme Court said in the John Deere case,

Prior art searches typically focus on prior patents, but not all prior art is contained in patents. Google’s Prior Art Finder uses both patent and non-patent sources of potential prior art. The tool finds key phrases in the databases of the European Patent Office, WIPO, and post-1976 USPTO documents, combines these into a search query, and then searches Google Patents, Google Books, Google Scholar, and the entire Internet for matching results.

The expansion of Google Patents integrates the service with Google Translate to give users at least a rough idea of what the foreign language patent covers. The original language is also included.