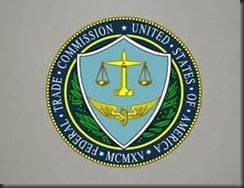 The US Federal Trade Commission (FTC) has proposed the launch of an investigation into businesses which acquire patents and then use them to sue and/or seek licensing fees from allegedly infringing third parties. Such patent owners are called “patent assertion entities” (PAEs), “non-practicing entities” (NPEs), or, less, politely, “patent trolls.”

The investigation could reportedly lead to antitrust enforcement against some of the PAEs, but it’s not clear what specific legal theories might be invoked.

The FTC has said that it intends to use its subpoena power to seek information from 25 PAEs and from 15 other companies that manufacture wireless devices and create applications and other software.

Questions potentially to be posed to PAEs include:

The proposed investigation arose out of a December, 2012 workshop co-sponsored by the FTC and the US Department of Justice to examine the impact of PAEs on innovation and competition. Panelists noted a lack of empirical data on the issue and recommended a more formal investigation.

The FTC can use its subpoena power to obtain non-public information, such as about PAE revenues and the terms of patent licenses.

The Electronic Frontier Foundation, which opposes patent trolls in general, supports the investigation. However, others call it a fishing expedition targeting companies that are legitimately exercising their intellectual property rights.

The FTC has asked for public commentary on its proposed investigation before issuing the first subpoenas. For about the next 60 days, public comments can be submitted online or sent by mail to: FTC Office of the Secretary, 600 Pennsylvania Ave., N.W., Washington, DC 20580.