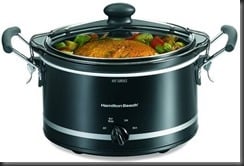 In the US, an inventor has one year to file a patent application after an invention has been sold, offered for sale, or publicly disclosed.

More than a year before Hamilton filed a patent application for its “Stay or Go”® slow cooker, it issued a purchase order to an overseas supplier seeking the manufacture of 2,000 units of the cookers. The supplier confirmed the order and indicated it was ready to begin production, and this confirmation also came more than a year before the patent filing.

Sunbeam sells a competing brand of slow cooker. Hamilton Beach sued Sunbeam for infringement of its U.S. Patent No. 7,947,928. The district court granted Sunbeam’s motion for summary judgment finding claims 1 and 3 to 7 of the patent invalid.

On appeal, the most interesting issue was whether Hamilton’s order to its supplier was a “sale” that started the one-year clock ticking and triggered the on-sale bar.

The Federal Circuit concluded that there was a triggering event and that it didn’t matter that the offer for sale was initiated by the supplier who was manufacturing the cookers rather than by the patent holder. The court held that there was no “supplier exception” to the on-sale bar. It was irrelevant that Hamilton was planning to sell the cookers to itself initially.

Hamilton argued that there was no actual contract of sale between it and its supplier. The supplier had only indicated that it was ready to make the cookers and subsequently to sell them to Hamilton.

But Judge O’Malley of the Federal Circuit explained that:

In other words, the supplier made an offer to sell the slow cookers to Hamilton Beach. At that point, the commercial offer for sale was made and, under the governing corporate purchase agreement, Hamilton Beach could accept the offer when it so pleased.

Thus, the offer to sell by the supplier was enough to trigger the bar.