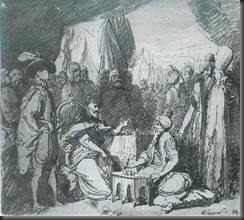 The US Patent and Trademark Office has announced that several rule changes will go into effect December 18, 2013. These changes are the result of the Patent Law Treaties (PLT) Implementation Act of 2012 that was signed by President Obama in December of last year.

The treaties at issue are the Hague Agreement Concerning International Registration of Industrial Designs and the Patent Law Treaty.

The Hague Convention provides for an international registration system that allows industrial designers to apply for design patent protection in a number of states or intergovernmental entities (such as the EU) via a single international design patent application.

American designers, who now have to prepare and file separate design patent applications in the US and in foreign jurisdictions, will be able to file a single application, in English, either with the USPTO or with the World Intellectual Property Organization (WIPO). They can then request registration in other treaty countries based on this single application.

This will save time, money, and effort for American firms, and will be especially useful for small to medium-sized business which may not have the expertise or resources to protect their designs internationally.

The USPTO worked for almost 20 years to achieve this result. US participation in the Hague Agreement is expected to encourage many other countries to join.

The Patent Law Treaty aligns US law with international patent law and standardizes the application process to be consistent with the patent laws in other signatory countries.