That patent is invalid

May be a defense 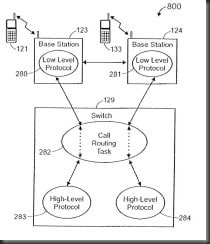 The US Court of Appeals for the Federal Circuit recently held that a good faith belief in a patent’s invalidity may be used to rebut an allegation of induced patent infringement.

Earlier, the Federal Circuit had held that a good faith belief in non-infringement of a patent was relevant to rebut allegations of induced infringement.

Under 35 U.S.C. § 271(b), “[w]hoever actively induces infringement of a patent shall be liable as an infringer.” The US Supreme Court has determined that inducement requires intent, i.e., “knowledge that the induced acts constitute patent infringement.”

Cisco Systems appealed from a judgment of the US District Court for the Eastern District of Texas based on two jury verdicts finding that Cisco directly and indirectly infringed specified claims of Commil USA’s U.S. Patent No. 6,430,395 and that the specified claims were not invalid as indefinite, for lack of enablement, or lacking adequate written descriptions.

Cisco had been found liable for $63,791,153 in damages plus pre-judgment interest and costs.

The district court had excluded evidence of Cisco’s good faith belief in the patent’s invalidity, but the Federal Circuit reversed:

[N]o principled distinction [exists] between a good-faith belief of invalidity and a good-faith belief of non-infringement for the purpose of whether a defendant possessed the specific intent to induce infringement of a patent…. [I]t is axiomatic that one cannot infringe an invalid patent…  Consequently, if an accused inducer is aware of a patent but has a good faith belief that the patent is not valid, it can hardly be said that that the alleged inducer intended to induce infringement.

The Federal Circuit found that Cisco’s evidence of its good-faith belief that the ‘395 patent was invalid negated the requisite intent for induced infringement.

The court then denied a request for rehearing en banc, in a six to five vote.

The result of these decisions is that it’s increasingly important for companies accused of infringement (or who may face such accusations in the future) to obtain opinions of counsel that justify their challenged (or potentially challenged) activities with respect to the patent claims at issue. Such opinions can be the basis for “good faith” belief.