Another Act Against the Trolls 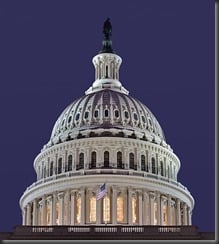 The US House of Representatives has passed House Resolution 3309, known as the “Innovation Act,” by a margin of 325 to 91.

The bill, sponsored by Congressman Bob Goodlatte, was designed to prevent “abusive patent litigation” and was directed, in large part, against patent trolls (aka “non-practicing entities” (NPEs) or “patent assertion entities” (PAEs)).

The bill changes the presumption that attorney’s fees and costs will not be awarded to a prevailing party in a patent action unless the other party commits some abuse of the patent system (such as engaging in inequitable conduct before the patent office or willful infringement of a patent).

Now, the presumption is that a court:

…shall award, to a prevailing party, reasonable fees and other expenses incurred by that party . . . unless the court finds that the position and conduct of the non-prevailing party or parties were reasonably justified in law and fact.

If the non-prevailing party is unable to pay, then “interested third parties” can be compelled to pay the costs. An assignee of the patent, a person or entity with “a right, including a contingent right, to enforce or sublicense the patent or patents at issue,” or someone who “has a direct financial interest in the patent or patents at issue” can be joined as a party in the action for fees.

However, law firms that enforce patents on a contingent fee basis would not be liable for costs and fees.

The bill increases the specificity required for pleading patent infringement. Pleadings would need to include:

The bill also requires plaintiffs to disclose the identities of people and entities with financial interests underlying the patent being litigated.