Lead to problems in Europe? 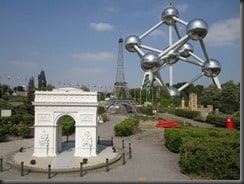 In December of 2013, the US House of Representatives passed the Innovation Act, which seeks to amend the America Invents Act in an attempt to combat so-called “patent trolls.”

The Innovation Act requires patent infringement plaintiffs to disclose, at an early stage, detailed information about the patents and claims allegedly infringed, and the machine, process, or product that’s allegedly infringing.

However, making allegations of infringement in certain European nations can increase the risk of a “groundless threat” action against the plaintiff.

However, this law has been under review by the UK Law Commission since April of 2012. The Commission reported in July of 2013:

Patents, trade marks and design rights ensure that innovation is rewarded and encouraged.  If misused, however, they can stifle new ideas and inventions.  Infringement litigation can be disruptive and expensive.  The law provides a remedy in the shape of the threats provisions.  Where a threat is made without a genuine intention to litigate; where there has been no infringement or where the right is invalid the threat is said to be groundless (or unjustified).  Any person aggrieved by a groundless threat may apply to court for an injunction, declaration or damages.

In determining whether a communication is a “threat” of a patent infringement suit, a UK court will consider how the communication would be understood by an “ordinary recipient.” The threat may be either explicit or implied. For example, a series of emails might add up to a threat even though an individual email is not a threat.
Companies can be liable for threats made by both employees and outside advisors, such as attorneys. Solicitors and patent attorneys can also be liable for threats made on behalf of their clients.

The “groundless threats” provisions go back to the 19th century, when the disputes involved steam engine patents.

The UK Commission is considering:

· Proposing that legal advisers be protected from liability for groundless threats.

· Treating groundless threats as a form of unfair competition.

In Germany, the general provisions of the German Civil Code provide relief for targets of groundless threats of litigation.