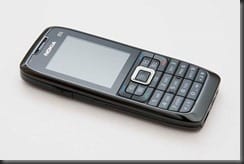 The US District Court for the Federal Circuit has upheld a finding of non-infringement by defendants Western Digital and Sling Media in a case involving microprocessors used in consumer products.

Nazomi is the owner of two patents, 7,080,362 and 7,225,436, that describe a hardware-based Java Virtual Machine (JVM) capable of processing stack-based instructions and which can also run legacy (register-based) applications without using the JVM.

Western and Sling make consumer products that incorporate various processors. Nazomi sued them and Nokia, among others, in February of 2010 alleging that Western and Sling’s products used chip designs by ARM Limited that infringed Nazomi’s patents. The products at issue are:

· Sling’s Slingbox Pro-HD, a device for streaming live TV to a PC or smartphone.

The defendants did not license the JTEK software and have never installed it on the accused devices.

Western and Sling filed a motion for summary judgment on the grounds that the patent claims should be constructed to require that the device perform the claimed functions itself, and that the accused devices did not infringe the patents because they included only the Jazelle hardware but not the JTEK software.

Nazomi countered that claims 48 and 74 of the ‘362 patent and claims 1 and 5 of the ‘436 patent covered any software that could process stack-based instructions – regardless of whether the device actually did so.

The federal district court granted Western and Sling’s motion, finding that the accused device must itself be able of performing the claimed functions. The court construed the patent claims to require a hardware and software combination capable of processing both register-based and stack-based instructions.

Because the Jazelle hardware on its own could not process stack-based instructions, the court held that the accused devices did not infringe the Nazomi patents.

The Federal Circuit affirmed, holding that unless an alleged infringer configures or programs hardware to perform a function covered by a patent, there is no infringement.