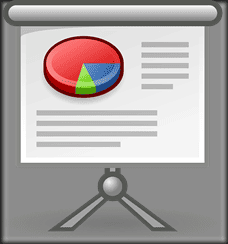 As we previously reported, on March 4, the US Patent and Trademark Office released new guidelines for patent examiners on whether patent claims based on products of nature, natural laws, and natural phenomena may be allowed.

Now the USPTO has released the actual training slides online.

The slides illustrate how the guidelines will be applied in practice.

Whether a claim will be accepted or rejected depends on three questions:

The first example in the slides relates to pomelo juice.

The claim is for a beverage composition comprising: a) pomelo juice; and b) a preservative.

According to the slide, the answer to question 1 is yes, because the claim is directed to a statutory category (a composition of matter).

The answer to question 2 is yes, because the claim recites a natural product (fruit juice).

To answer question 3 the examiner would need to analyze the claim to determine if it qualifies as eligible – is it significantly different from the natural product?

The examiner is to give the claim its broadest reasonable interpretation (BRI) in light of the specification.

Based on the ordinary meaning of “preservative,” the BRI encompasses both:

An examiner is then to consider factors weighing toward and against eligibility based on whether something is “significantly different” from a natural product.

According to the example, the pomelo juice is not eligible because: