Makes a second attempt to 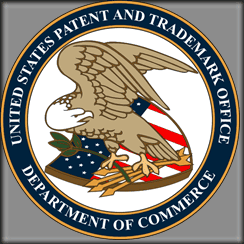 As we previously reported, in March the US Patent and Trademark Office issued new guidelines and training materials for patent examiners to help them determine whether patent claims based on products of nature, natural laws, and natural phenomena may be allowed.

However, a lot of patent attorneys apparently didn’t understand the original examples, so the USPTO is trying again.

“We understand there are some issues where the public maybe misunderstands or didn’t quite get the concepts we were approaching,” said June Cohan of the Office of Patent Legal Administration.

The Patent Office is developing a second round of more in-depth training materials and seeking the public’s input on any aspect of the initial “Laws of Nature/Natural Products Guidance” documents.

The Patent Office is hosting a public forum on May 9 to seek feedback on the documents.

Interested parties may attend in person or via webcast. Beginning at 1:00 p.m. EDT and ending at 4:00 p.m. EDT, the webcast will be available on the Office’s Internet Web site at http://www.uspto.gov/patents/announce/myriad-mayo.jsp.

According to the USPTO’s announcement:

The forum will provide an opportunity for participants to present their interpretation of the impact of Supreme Court precedent on the complex legal and technical issues involved in subject matter eligibility analyses during patent examination. Participants who believe that the Supreme Court decisions could be implemented in an alternative manner from the approach taken in the Laws of Nature/Natural Products Guidance should use the forum to present their alternative approach and the legal rationale for the alternative. The forum also can be used by participants to suggest additional examples for use by the Office to create a more complete picture of the impact of Supreme Court precedent on subject matter eligibility.

Members of the public may also submit written comments on the new guidelines, whether they are attending the forum or not.

The comments may be sent by email to myriad-mayo_2014@uspto.gov. Registration requests for the forum may also be sent to that email address.

The comments will be available via the USPTO’s Web site at http://www.uspto.gov/patents/announce/myriad-mayo.jsp. Thus, confidential or private information should not be included in a comment.