Can make it more difficult 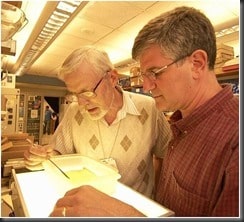 Two recent cases demonstrate how joint inventorship, and joint ownership of patents, can make it harder to enforce such patents.

The case of STC.UNM v. Intel Corporation involved a pair of patents used in connection with manufacturing semiconductors. Four people contributed to the first invention; three worked for the University of New Mexico at the time and one worked for Sandia Corp.

After a complicated series of assignments, a district court found that the Sandia inventor did not invent any claims of the latter patent and thus had no interest to assign.

Sandia itself refused to join the case.

The district court explained that when a patent is co-owned, one co-owner seeking to enforce the patent must join all other co-owners as plaintiffs to establish standing.

A patent owner may join co-owners involuntarily in certain circumstances.

In the UNM case, the Federal Circuit explained:

Neither of those circumstances was present, so the Federal Circuit affirmed the district court’s dismissal of the case for lack of standing.

In the case of Taylor v. Taylor Made Plastics, Mr. and Ms. Taylor were married in 1997. During their marriage, Mr. Taylor was granted several patents, including one for a plastic plug used in storm drains.

When the couple divorced, the court ordered that proceeds “from the production of the patents” would be split with 60% to Ms. Taylor and 40% to Mr. Taylor.

Mr. Taylor sued Taylor Made Plastics alleging infringement of his drain patent. The defendant moved to dismiss, claiming that Mr. Taylor did not having standing because his former wife was not joined in the complaint.

The district court granted the motion and the Federal Circuit affirmed.

The takeaways here: Patent owners need to be aware that joint inventorship and joint ownership can complicate standing. ALL patent owners/inventors will need to be joined before suing an alleged infringer. If the others don’t want to join the lawsuit, there are very limited circumstances under which they can be compelled.

If you have a joint ownership situation and you can’t get the other owners to join a lawsuit, your patent is unenforceable and thus essentially useless.