Can Your Patent Examiner Increase Your Likelihood of Litigation? 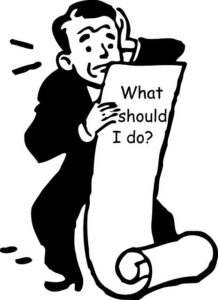 Recently, Shine Tu completed a study correlating the likelihood of patent litigation to characteristics of the patent’s primary examiner. Professor Tu is an Associate Professor of Law at the West Virginia University College of Law and a shareholder in PatentCore.

Professor Tu speculates that this is related to the USPTO’s internal scrutiny of patents.  In the early years of a patent examiner’s career, the patent examiner does not have fully signatory authority, and the patents under their dockets are heavily scrutinized. During this time, easier patents are disposed of (either via acceptance or rejection), while patents with questionable validity remain on the examiner’s docket.  Once a primary examiner obtains permanent full signatory authority (usually years 3 and above) the patents in their docket are no longer heavily scrutinized. This may allow for those patents with questionable validity to be issued at a higher rate during this period of an examiner’s career.

Despite these findings, professor Tu’s study cautions that there may be certain limitations to the study.  Specifically, Professor Tu points out that there may be data selection issues given that the study only includes patents issued after 2001.  Nevertheless, the finding remains that a patent is more likely to be litigated if it was issued by a primary examiner with between 3 and 5 years of experience.