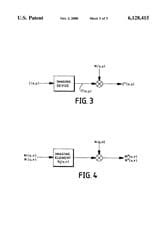 a device and method for data structures are not patent eligible.

Digitech Image Technologies is the assignee of a patent for “Device profiles for use in a digital image processing system.” The patent describes spatial and color properties of a device within a digital image processing system. According to the patent, all imaging devices distort an image’s color and spatial properties. This occurs because cameras, monitors, etc. allow for different colors to be displayed or copied. The patent discloses an “improved device profile” that “includes both chromatic characteristic information and spatial characteristic information.”

Digitech sued 32 defendants in the US District Court for the Central District of California for infringing its patent. These defendants included companies like Electronics for Imaging, Xerox, Toshiba, Leica, Pentax, and other companies in the imaging field. Several of the defendants filed summary judgment motions, and the district court granted them, finding that the asserted claims of the patent were subject matter ineligible.

According to the Federal Circuit;

Digitech appealed the decision and the Federal Circuit upheld its ruling, finding that the device profile described in the patent is not a tangible or physical thing and thus fails to fall within any of the categories of eligible subject matter. The Federal Circuit also rejected Digitech’s asserted method claims, saying that the asserted claims recited a process of taking two data sets and combining them into a single data set. According to the court, the claim “thus recites an ineligible abstract process of gathering and combining data that does not require input from a physical device.”

This case demonstrates federal courts’ increasing reluctant to uphold patents based on arguably abstract ideas in the wake of the US Supreme Court’s recent decision in Alice Corp. v. CLS Bank Int’l.