Virtual Patent Marking Can Save You Time and Money

Of US patent numbers 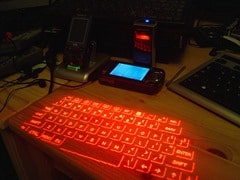 on a little-known (and little used) aspect of the America Invents Act (AIA): virtual patent marking. Among other changes, the AIA amended 35 U.S.C. § 287(a) — the so-called “marking” statute. The purpose of marking a product with a patent number is to provide constructive notice to members of the public (including potential patent infringers) that an article is patented. Failure to include such a notice can preclude the award of damages for patent infringement until the patent holder gives effective notice to the alleged infringer of the existence of the patent.

Before the AIA was signed into law in 2011, the marking statute required patented items to be physically marked with the word “patent” or the abbreviation “pat.,” plus the patent number. This marking was required to be either on the actual product or on its packaging. The AIA’s “virtual marking” amendment allows patent owners to put the word “patent,” or the abbreviation “pat.,” on the object or packaging, following by the URL of a location on the Internet where the number can be found. The intent of the amendment was to save money for manufacturers of patented goods and to make it easier to mark very small products on which the patent number would not easily fit.

The virtual patent marking program deserves to be better known, as it can be an economical option for many companies. Among other things, it’s much cheaper to update a web-page than to re-tool a manufacturing mold if a patent expires or additional patents cover the same product.