To The District Court 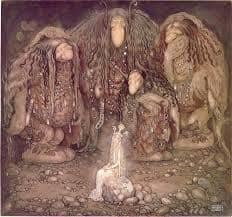 year in Octane Fitness v. Icon Health, the case was remanded to the Court of Appeals for the Federal Circuit. As blog readers may recall, in this case, which had been hailed as a possible dent to patent troll activity, the Supreme Court changed the fee shifting standard. Earlier, fee shifting had been permitted in “exceptional cases” which had been defined as cases that had a) been brought in subjective bad faith and b) were objectively baseless. The Supreme Court chose to define these cases instead as those that could “stand out from others with respect to the substantive strength of a party’s litigating position (considering both governing law and facts of the case), or the unreasonable manner in which the case was litigated.

The Supreme Court thus noted that district courts should have discretion to determine whether a case is exceptional on a case-by-case basis. Recently, the Court of Appeals handed a decision vacating the initial district court’s denial of Octane’s motion to find the case exceptional and to award attorney fees pursuant to 35 U.S.C. § 285 and remand for further consideration of that issue. Observers had been watching this case intently as a change in fee shifting rules may mean less activity by entities (e.g. ‘patent trolls’ that file lawsuits with questionable validity in an effort to gain income). Under the previous fee shifting standard, such entities were relatively liberal in their filings since they only had to account for their own attorney fees. A change in fee shifting rules may dampen such efforts as such entities may have to consider the possibility of paying significant lawyer fees if they lose. With such a dampening effect in the offing, the reconsideration of the issue by the district court will be significant. Expect this to be one remand where lady justice will be watched closely both by patent trolls and their targets.