Publishers Gain Ground on Fair Use of Digital Excerpts

Of Textbooks for College Use

Do Not Mean Fair Use

In a decision seen as a victory for print books, the Eleventh Circuit recently 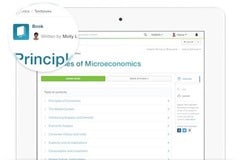 reversed a lower court’s decision on whether digital excerpts of books to students constituted fair use. The case was between three separate publishers and Georgia State University (GSU). Oxford University Press, Cambridge University Press and Sage Publications brought suit against GSU, which had let its professors upload copies of copyrighted materials.

Historically, courts have determined whether there is fair use in a case by analyzing four factors:

· 1) Purpose and Character of the Use

· 2) Nature of the Copyrighted Work

· 4) Effect on the Value of or Market for the Work.

In its reversal, given in a whopping 112-page opinion, the Eleventh Circuit panel held that a Georgia district court erred in giving each of the four factors used in fair use analysis equal weight, thereby treating them “mechanistically.”

Though there was a strong argument for a finding of fair use in the first factor because the use was for academic purposes, the panel found that the district judge incorrectly applied the weight given to the remaining factors. For example, in analyzing the second fair use factor (the nature of the copyrighted work), the district judge favored fair use in every case, where the panel instead felt that this factor should have been counted against fair use when the excerpt contained the result of the author’s hard work–analytical or descriptive material or the author’s opinions or experiences.

In applying the third factor, the Eleventh Circuit also found that the District Court incorrectly set a “10 percent or one chapter” benchmark when, instead, it should have weighed whether the amount used was “reasonable in light of the pedagogical purpose of the use and the threat of market substitution.” Thus, in its application of the fourth factor, the Eleventh Circuit felt that the District Court should have applied considerably more weight to the fact that the threat of market substitution was severe in this case, as students would be more likely to rely on digital excerpts rather than buying the original textbook.

For now, the publishers such as Oxford Press can rejoice in the fact that certain digital excerpts won’t be constituted as fair use, even if the purpose is for academic student use because the threat of market substitution would be severe.