In a patent infringement case involving a plaintiff claimed to be a “patent troll,” a 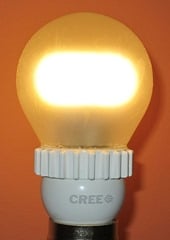 federal judge has ordered the owner of a now-invalidated patent to pay double the defendant’s attorneys’ fees. The case, in the US District Court for the Southern District of New York, was originally brought by Lumen View Technology, LLC against Findthebest.com, Inc. Lumen is a Non-Practicing Entity (NPE) that acquires patents, attempts to license them, and sues to enforce them. One of its properties is United States Patent No. 8,069,073.

The ‘073 patent was issued in 2011 and is entitled a “System and Method For Facilitating Bilateral And Multilateral Decision-Making.” The patent is for a system of matchmaking in which each side inputs preferences and intensity of preferences and the computer matches the parties. Lumen became the exclusive licensee of the patent in 2012, about a week after the company was formed. FTB runs a website that matches users with goods or services based on criteria that users enter. Lumen filed complaints for patent infringement against FTB and about 20 other defendants in 2012 and 2013.

In September of 2013, FTB moved for judgment on the pleadings on the grounds that the ‘073 patent was invalid. The district court concluded that the patent claimed an abstract idea and agreed that it was invalid. Lumen appealed to the Federal Circuit, then voluntarily dismissed its appeal after the US Supreme Court’s recent decision on software patents in Alice Corp. Pty. Ltd. v. CLS Bank Int’l.

FTB moved to recover its attorneys’ fees (about $150,000) plus costs (about $5,000) on the grounds that the case was “exceptional” under Section 285 of the Patent Act. The court granted this motion. FTB also argued that an “enhancement” of the fee award would be appropriate, but didn’t specify an amount.

The nonexclusive list of factors that a court may consider in awarding attorneys’ fees in a patent case includes “frivolousness, motivation, objective unreasonableness (both in the factual and legal components of the case) and the need in particular circumstances to advance considerations of compensation and deterrence.”

The judge found that Lumen was motivated not by a desire to protect its rights, but by a plan to “to extract a nuisance settlement from FTB on the theory that FTB would rather pay an unjustified license fee than bear the costs of the threatened expensive litigation.” The judge then awarded double the amount of attorneys’ fees as a deterrent to Lumen.

This case demonstrates that judges are increasingly willing to deter baseless patent infringement suits by imposing sanctions on the plaintiffs. Bringing a frivolous patent case was always a bad idea – and now it’s an even worse one.