Is There A Trend Towards Higher IP Verdicts?

Higher in Patent Cases By

Earlier this year, one of the ongoing Apple v. Samsung disputes ended in a landmark 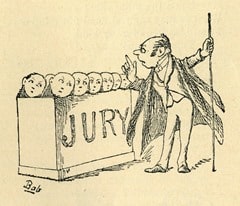 jury verdict of nearly 1.05B in damages. Lex Machina released a report a few months ago covering the largest patent verdicts to date in 2014. The past several years has seen an upward trend in jury verdict award amounts in patent cases. These damage awards are usually the result of patent disputes over expensive high-value and high volume products such as medical devices and smartphones, and less frequently, pharmaceutical drugs. The large verdicts are thus often cases where there are a lot of units, each with a large royalty. Many of these verdicts involve patent cases between competitors, with a relative few involving non-practicing entities.

What’s curious about this uptick in patent verdicts is that they are happening without the juries being made aware of any such trend. Juries tend to make large damages awards based on the evidences presented at trial, rather than any showing of a trend. Thus, these damages are based on the technology and evidence of infringement presented at trial. Further, though such an uptick exists, the percentage of patent lawsuits involving such damages is less than 2%. It will be interesting to see if this trend in high jury verdicts continues. As some studies have shown, there has been a dramatic decrease in patent cases filed since the Alice Corp Ruling by the U.S. Supreme Court. It will be intriguing to see if this decrease in filings has any effect on the amount awarded in patent cases.

Here are some of the high-jury verdicts that caught significant media attention in 2014: