A new report published at the end of October, 2014 shows a significant drop-off in 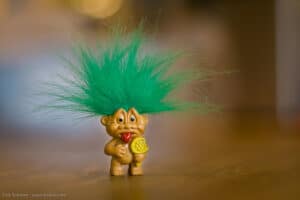 The study found that in the third quarter:

· 85% of the high-tech cases were brought by NPEs (aka, patent trolls), a slight decline from 88% the second quarter.

· The total number of cases filed by NPEs also declined.

Another study by Lex Machina showed that patent lawsuits filed in September were down 40% from September of the previous year. There are various theories about the recent “drop” – including that it only looks like a drop because of a recent spike. The drop follows a second quarter surge of filings in April of 2014, when NPEs were apparently concerned about a proposed patent reform bill that would have made back-dated reforms that challenged their business model. Stanford Law School Professor mark Lemley opined in the Lex Machina blog that more patent owners may have decided not to sue to enforce their rights after the US Supreme Court’s recent opinion in the Alice case and other NPE-unfriendly decisions.

In the last two months, we’ve seen over a dozen decisions invalidating software and business method patents on the basis of Alice. That’s a pretty strong deterrent to software plaintiffs whose patent isn’t directed to specific new computer technology.

However, in our humble opinion one quarter’s numbers aren’t enough to show whether there’s a major sea change in patent troll filings.