Do You Need Patent Insurance?

Start-ups can now get

As we recently discussed, the filing of new patent infringement lawsuits 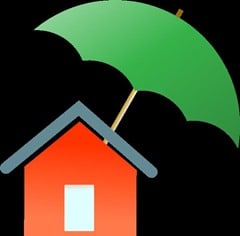 significantly declined in the third quarter of 2014. Although it’s too early to tell whether this is a trend or just a blip, what is clear is that a majority (85%) of new patent infringement cases in the high-tech realm continue to be brought by non-practicing entities – NPEs, or so-called “patent trolls. Start-up companies, in particular, are rightly concerned about the costs and risks of defending patent infringement suits. Unlike larger and more established firms, they lack “deep pockets” and can ill afford legal fees and settlement costs. One potential new solution is being offered by a patent aggregator, RPX Corp. As reported in publications like the Wall Street Journal, RPX offers two forms of protection:

· It buys patents (4,900 so far) and licenses them to its members so they can’t be sued for infringement of those patents.

· It offers patent infringement suit insurance to both startups and larger companies.

The start-up insurance is intended for companies with less than $20 million in revenues (including start-ups that have no revenue yet). Limits of up to $10 million per year cover patent lawsuits brought by most NPEs in US federal courts. The start-up policies include a deductible-like self-insured retention of at least $25,000. Policies start at $7,500 per $1 million in coverage.

Another company that provides IP insurance is IPISC, which says it’s the industry leader in intellectual property insurance. According to IPISC’s website:

“Without IPISC’s risk management products, many companies would not be able to afford to protect their IP, which could lead to business failure or acceptance of onerous licensing agreement terms at great detriment to long-term profitability.”

IPISC says that the average patent lawsuit costs each side about $2.5 million in legal fees and expenses. RPX says the average cost of a patent infringement case for companies with less than $50 million per year in revenue is $238,000. As we noted recently, in the past several years there’s been an upward trend in the size of jury verdicts in patent cases, including some topping $1 billion. Thus, patent insurance may be a wise choice for a company seeking to mitigate its risks.