Reports of the death of software patents have been greatly exaggerated, as shown 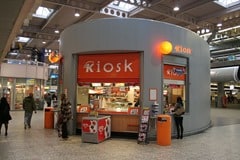 by the Federal Circuit’s recent decision in DDR Holdings, LLC v. Hotels.com. DDR owns two patents for “systems and methods of generating a composite web page that combines certain visual elements of a ‘host’ website with content of a third-party merchant.” For example, it can combine the logo, background, and fonts of a host site with product information from a merchant. The patent purportedly solves the problem of a host website visitor being “lured away” to a third-party retailer’s website. The host website can still run ads for the merchant, but the composite web page remains on the host website, with the same “look and feel.”

On the same day one of the patents issued, DDR sued NLG, Digital River, and nine other defendants. NLG, a travel agency, partners with other travel sites and cruise lines and similarly generates composite pages. DDR eventually settled with all of the defendants except for NLG and Digital River. The case against these two remaining defendants went to trial before a jury in 2012, when the jury found that the defendants had infringed DDR’s patents and awarded $750,000 in damages. The defendants appealed and the Federal Circuit found that the purported inventions at issue were not patent-eligible because they were abstract ideas under the standards set down in the US Supreme Court’s recent decision in Alice Corp. v. CLS Bank Int’l.

The court noted, “At one time, a computer-implemented invention was considered patent-eligible so long as it produced a useful, concrete and tangible result.” However, said the court, “it is clear today that not all machine implementations are created equal.”

The court found that the plaintiff’s patent claims “do not recite a mathematical algorithm. Nor do they recite a fundamental economic or long-standing commercial practice. Although the claims address a business challenge (retaining website visitors), it is a challenge particular to the Internet…. these claims stand apart because they do not merely recite the performance of some business practice known from the pre-Internet world along with the requirement to perform it on the Internet. Instead, the claimed solution is necessarily rooted in computer technology in order to overcome a problem specifically arising in the realm of computer networks.”

The majority rejected the dissent’s suggestion that the patent claims covered simply the internet version of a “store within a store” kiosk in the physical world:

There is, however, no possibility that by walking up to this kiosk, the customer will be suddenly and completely transported outside the warehouse store and relocated to a separate physical venue associated with the third-party—the analog of what ordinarily occurs in “cyberspace” after the simple click of a hyperlink—where that customer could purchase a cruise package without any indication that they were previously browsing the aisles of the warehouse store, and without any need to “return” to the aisles of the store after completing the purchase.

The court distinguished the recent Ultramercial decision because the claims at issue “do not broadly and generically claim “use of the Internet” to perform an abstract business practice (with insignificant added activity).”

This case, and the different approaches taken by the majority and the dissent with respect to whether there was really an invention or just an “abstract concept,” shows that software patents are far from dead — but that judges will continue to struggle with where to draw the patentability line. An argument based on a vivid metaphor – like those teleporting Costco shoppers – may appeal to some judges but not to others.