Will lack of patents

Slow down the growth of Xiaomi 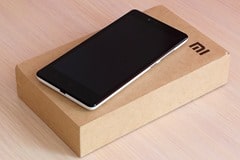 smartphone maker, after Samsung and Apple. It reportedly sold more than 26 million smartphones in the first half of 2014. The private company was founded in 2010, and only started selling outside China in 2014, so its growth has been dramatic, to say the least. However, the company faces patent-related challenges as it tries to expand beyond its core market.

On December 9, the Delhi High Court granted an injunction sought by Ericsson banning the import and sale of Xiaomi phones in India. Ericsson claimed that Xiaomi infringed a core mobile technology patent that it licensed under FRAND (fair, reasonable, and non-discriminatory) terms. Ericsson claimed that Xiaomi not only failed to take a license but refused to even communicate about paying licensing fees, according to Forbes.

Within a few days, the Indian court temporarily lifted the ban, allowing Xiaomi to continue to sell phones with Qualcomm chips only until February 5, when a hearing is scheduled in Ericsson’s patent infringement lawsuit. Xiaomi has 1,600 patent applications on file with China’s State Intellectual Property Office. Most were filed in the past two years, and only 124 have been granted. Of these, 13 are true inventions and the rest are design and utility model patents. In comparison, Apple has been granted 1,149 patents in China, about half of which are for inventions, and Samsung has 11,877 Chinese patents. Xiaomi has had one design patent and one invention patent granted in the US. Apple has about 10,000.

To help build its patent collection, Xiaomi recently acquired an interest in Chinese patents worth an estimated $16.8 million, along with a close to 20% stake in Zhigu, a Chinese patent dealer similar to Intellectual Ventures. Without a healthy patent portfolio of its own, Xiaomi may have difficulty entering into cross-licensing deals in order to penetrate the “patent thicket” that protects cell phone makers in many markets.