Patent Appeal Board
Finds that “person of skill” not
Defined narrowly 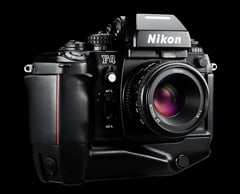 testify in a patent case is not required to have a high level of skill in a narrowly defined technical field. In the case of Carl Zeiss SMT GmbH v. Nikon Corp., Carl Zeiss filed a petition requesting inter partes review of certain claims of Nikon’s ‘575 patent. At the PTAB trial, Nikon sought to exclude the expert testimony of Richard C. Juergens with respect to prior art that would allegedly invalidate the patent claims. Under patent law, a “person having ordinary skill in the art” is a legal construct used for evaluating whether an asserted invention is obvious and therefore invalid.

Nikon sought to exclude the testimony of Mr. Juergens based on the contention that “[b]ecause of the highly specialized nature of projection optical systems,” a person with “ordinary skill in the art” would need at least two years of experience in the lithography optics field as well as experience with the specification of projection optical systems.

Carl Zeiss countered that Nikon’s own expert, Dr. Jose Sasian, had invited Mr. Juergens to be a guest lecturer in Dr. Sasian’s classes on lens design and that he had conceded that Mr. Juergens was in fact an expert on many aspects of optical design.

The Board concluded that the “level of ordinary skill in the art” did not require the level of experience suggested by Nikon. The Board noted that Mr. Juergens had more than 40 years of experience in the field of optical system design and was a person of at least ordinary skill in the art of projection optical systems. The decision suggests that the PTAB will construe the “ordinary skill” requirement broadly rather than narrowly — which is not to say that a party should attempt to introduce evidence from a clearly unqualified expert.