How Much Longer Will Alice Affect Your Patents?

In the wake of the June, 2014 Supreme Court decision in Alice Corp. Pty. Ltd. v. 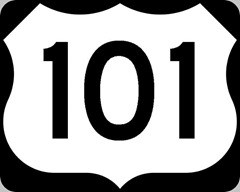 CLS Bank Int’l, and less dramatically in the wake of the Court’s 2012 decision in Mayo Collab. Servs. v. Prometheus Labs., Inc., the patent ecosystem has been rapidly evolving. One area where this evolution has been especially dramatic is with respect to 35 U.S.C. § 101. Section 101 lies at the heart of patent law. It states:

Until relatively recently, § 101 was more or less taken for granted and not so commonly used as a defensive weapon in patent infringement cases. Since the Alice decision, however, § 101 has been frequently cited in attempts to invalidate patents – especially software and business patents. The Alice case concerned the issue of whether certain claims of a patent for a computer-implemented electronic escrow service constituted abstract ideas and thus were ineligible for patent protection. The Supreme Court did not completely invalidate software patents, as some had hoped or feared, but it did create an environment that made it much easier to challenge them.

A recent study found a significant change in district court practice with respect to § 101 in the wake of Alice. For example:

The rate at which § 101 is used to challenge patents is likely to decline in the near future, for two reasons: