The Importance of Carefully Drafted Patents and Patent Licensing

One patent license
Does not clearly exhaust right
For other users

In the case of Helferich Patent Licensing, LLC, v. New York Times Co., the US Court 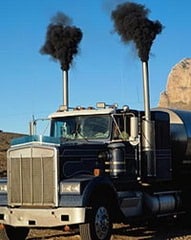 of Appeals for the Federal Circuit has ruled that the doctrine of patent exhaustion may not be used as a defense against a claim of patent infringement where a licensee’s conduct was separate and distinct from the conduct granted by the license. Helferich owns more than 30 US patents that cover a range of wireless-communication technologies and licensed its patent portfolio to most or all of the manufacturers of mobile handsets for sale in the United States.

Helferich sued the New York Times, CBS, Bravo Media, and other defendants alleging infringement of various claims of seven patents. The patents at issue addressed systems and methods for handling information and providing it to wireless devices, such as smart phones.

As an example, Helferich contended that Bravo infringes when it:

The United States District Court for the Northern District of Illinois granted summary judgment of non-infringement to defendants, under the doctrine of patent exhaustion. The District Court held that by granting smart phone manufacturers patent licenses conferring broad authority to sell the handsets, Helferich exhausted its ability to enforce its patent rights against both consumers who bought the handsets and content providers who delivered content to the handsets.

Helferich appealed and the Federal Circuit reversed, noting that it was undisputed that, under the doctrine of patent exhaustion, Helferich’s licenses to handset manufacturers eliminated any legal restriction the patents would otherwise impose on them. The Federal Circuit also added:

The licenses generally disclaim any grant of rights to … content providers and reserve Helferich’s enforcement rights against them. [cite] In light of those provisions, the content providers in these cases rely for protection only on the legal doctrine of patent exhaustion, not on a claim of a factually “implied license” to be found in the licenses Helferich granted to manufacturers.

The Federal Circuit concluded that the patent exhaustion doctrine did not bar Helferich’s patent infringement claims:

The situation, to simplify, involves a single inventor’s coming up with two inventions presumed to be separately patentable, one invention to be practiced by one group of users, the other invention by another group, where each invention tends to make the other more useful when thus separately practiced.

But the exhaustion doctrine’s lifting of patent law restrictions on a licensed product has never been applied to terminate patent rights in such complementary activities or goods in these circumstances.

This case illustrates the benefits of careful drafting of both patents and patent licensing, when there are separate types of potential infringers (and thus licensees).