A Good Faith Belief is Not a Defense to Patent Infringement

The US Supreme Court vacated a Federal Circuit decision and ruled that evidence of an alleged infringer’s “good faith” belief that a patent is invalid is inadmissible for rebutting a claim of liability for inducing patent infringement. 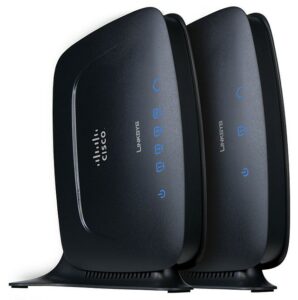 Commit alleged that Cisco both directly infringed Commil’s patent and induced others to do so by selling the infringing equipment for the third parties to use.

After two trials, Cisco was found liable for both direct and induced infringement.

Cisco had asserted the defense that it had a good-faith belief that Commil’s patent was invalid. However, the District Court refused to admit evidence on this good-faith defense. The Federal Circuit remanded, holding that the trial court erred in excluding the good-faith evidence.

The Supreme Court noted that in its Global-Tech decision it held that “induced infringement . . . requires knowledge that the induced acts constitute patent infringement.”

35 U. S. C. §271(b) states that “Whoever actively induces infringement of a patent shall be liable as an infringer.”

However, held the Court,

Because induced infringement and validity are separate issues and have separate defenses under the [Patent] Act, belief regarding validity cannot negate §271(b)’s scienter requirement of “actively induce[d] infringement,” i.e., the intent to “bring about the desired result” of infringement, [cite]. When infringement is the issue, the patent’s validity is not the question to be confronted

Bucking a recent trend, the Court held for the patent holder in this case. However, the court also took the opportunity to jump on the anti-patent-troll bandwagon. The majority noted:

Some companies may use patents as a sword to go after defendants for money, even when their claims are frivolous.

In his dissent, Justice Scalia actually used the T-word for the first time in a Supreme Court opinion:

I may add, however, that if the desirability of the rule we adopt were a proper consideration, it is by no means clear that the Court’s holding, which increases the in terrorem power of patent trolls, is preferable.

Thus, although the court found for the patent holder, both the majority and the dissent expressed a distaste for non-practicing entities. It will be interesting to see whether this anti-NPE language, although dicta in this case, in quoted in future federal court decisions against NPEs.