For the First Time, the Federal Circuit Reverses the Patent Trial and Appeal Board 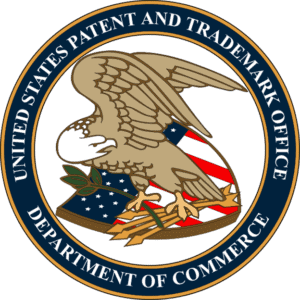 For the first time, the Federal Circuit has reversed the Patent Trial and Appeal Board (PTAB) in a case involving an inter partes review (IPR).

Proxyconn, Inc. owns a patent for a system for increasing the speed of data access in a packet-switched network.

Proxyconn challenged the PTAB’s action on the grounds that the “broadest reasonable interpretation” standard of claim construction should not apply during IPRs because of the patentee’s limited ability to amend its claims.

The court rejected this argument. However, the court also noted:

That is not to say, however, that the Board may construe claims during IPR so broadly that its constructions are unreasonable under general claim construction principles. As we have explained in other contexts, “[t]he protocol of giving claims their broadest reasonable interpretation. . . does not include giving claims a legally incorrect interpretation.” … A construction that is “unreasonably broad” and which does not “reasonably reflect the plain language and disclosure” will not pass muster.

The court then found that the PTAB had construed some of the claims too broadly and remanded the case.

The court also noted some problematic aspects of the IPR process:

Since IPRs were created, they have rapidly become a popular vehicle for challenging the validity of issued patents. [cite]  Patentees who wish to make use of the statutorily provided amendment process deserve certainty and clarity in the requirements that they are expected to meet. A fluid, case-based interpretation by the PTO of its own regulations risks leaving interested members of the public in a state of uncertainty, without ascertainable standards and adequate notice to comply.

The case is Microsoft v. Proxyconn. There’s a good detailed discussion of the case here.

The case makes clear that reasonable really means reasonable – and not just “possible.” The PTAB doesn’t have unfettered discretion to determine what a claim means.

As the court said:

Even under the broadest reasonable interpretation, the Board’s construction “cannot be divorced from the specification and the record evidence,” [cite] and “must be consistent with the one that those skilled in the art would reach.”