The Trademark Trial and Appeal Board (TTAB) ruled that two documents filed on the same day are deemed to be filed at the same moment.

In September, 2014, Stacy Lee Huggins filed an application for the mark ‘COKE HEAD to be used on t-shirts.

(According to the Urban Dictionary, a “cokehead” is “a person fortunate enough to have enough money to support a steady diet of … cocaine.”) 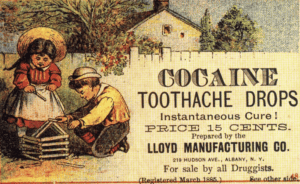 Also on December 31, Huggins filed an express abandonment of his application, using TEAS – the Trademark Office’s electronic filing system. It was time-stamped 9:10:24 EST.

The TTAB then entered judgement against Huggins under Trademark Rule 2.135 for abandoning his application after another party had commenced an opposition proceeding, without the consent of the other party.

Huggins sought relief from that judgement on the grounds that his request for abandonment was filed before the notice of opposition and thus no opposition had “commenced” when he abandoned the mark. Thus, he argued, the opposition should have been dismissed without prejudice.

3PMC contended that the evidence didn’t establish a clear sequence of events to show who filed first.

The TTAB found that a day is an indivisible unit when it comes to filings: we “shall not take cognizance of fractions of a day.”

While greater certainty regarding the timing of events may be possible in the age of electronic filing, that is not always the case given the technological limitations to which computer systems and networks are susceptible. In addition, the interaction of discrete electronic systems, such as ESTTA, TEAS and the USPTO’s internal system known as TRAM, may be complicated when one system involves automatic processing, but another does so only in certain circumstances and, in the absence of those circumstances, requires manual processing to update the system to reflect the significance of a filing.

In the case of a tie, the abandonment “won” and thus Trademark Rule 2.135 didn’t apply.