Dinner Not Grounds For Joint Inventorship

DOES NOT GIVE A PROFESSOR

A federal judge in Massachusetts ruled that remarks made by a University of Utah professor over dinner did not entitle her to shared ownership of a patent.

The case involves US Patent No. 8,372,968 for RNA interference mediating small RNA molecules. 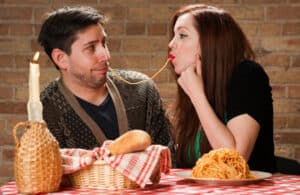 The Tuschl I and II patents, awarded in 2006, seek to harness RNAi to develop cures for diseases linked to the overproduction of those proteins, including many degenerative disorders. One of the first breakthroughs is expected to come in the treatment of macular degeneration, an age-related deterioration of vision.

The method is expected to generate billions in royalties if it proves as effective as anticipated.

Thomas Tuschl and his co-inventors filed their patent application in 2009. It is now jointly owned by the Max Planck Institute, the Massachusetts Institute Of Technology, the Whitehead Institute For Biomedical Research, and the University Of Massachusetts.

The patent has been exclusively licensed to Alnylam Pharmaceuticals Inc., a company founded by Tuschl and his colleagues.

Utah professor Dr. Brenda Bass published an article on the topic of Tuschl’s and others’ research in the scientific journal Cell and also discussed in the article her own research about how cellular enzymes interact with genetic material.

At a conference in Sweden, Bass met with Tuschl and the other researchers over dinner and further discussed her ideas.

Shortly thereafter, Tuschl and the others filed their patent.

The University of Utah filed suit in 2011, seeking sole credit for the patent.

no clear and convincing evidence that the dinner meeting between these two brilliant scientists constituted collaboration in support of joint inventorship.

The judge also found that Bass’s article was not prior art that entitled her to co-ownership of the patent.

[E]ven if Tuschl relied on Bass’ published hypothesis in researching RNA and appropriated it into his patent claim, this appropriation of published prior art did not, without more, amount to collaboration.

The takeaway here is that in order for scientists to be consider co-inventors on a patent they need to actually be collaborating. The relatively casual contacts between the researchers involved in this case won’t suffice.