How recent rulings
At the appellate level
Affect patent cases 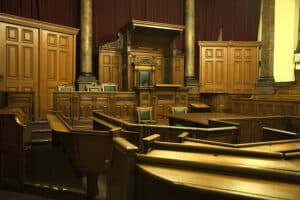 A number of recent developments are affecting, or will soon affect, how patent cases are being litigated.

In September of 2014, a panel of judges approved the elimination of a federal rule that allowed plaintiffs in patent cases to file bare-bones complaints using Form 18. Unless the US Congress takes action, the form can no longer be used as of December 1. The result should be more detailed patent complaints, which make it easier for defendants to know earlier the basis for the claims against them.

The US Supreme Court’s 2014 decision in Alice v. CLS Bank has called into question the validity of patents previously issued involving computers, software, and the internet and these types of patents are increasingly challenged.

In 2015’s Commil v. Cisco Systems, the Supreme Court considered whether a good faith belief that a patent is invalid is sufficient to negate the intent required for a finding that inducement to infringe was intentional.

Of course, there’s no liability for infringing an invalid patent, but the Court did not create a defense to alleged inducement based on invalidity. Since the advent of the America Invents Act (AIA), potential infringers have more ways to challenge the validity of patents via administrative hearings, so a mere “belief” in invalidity can be tested.

The Federal Circuit found that the proposed injunction was sufficiently narrow in that it did not ban Samsung’s devices from the marketplace – Samsung could remove the features without recalling its products.