Why is the Patent Office Treating a GUI like a “Business Method”? 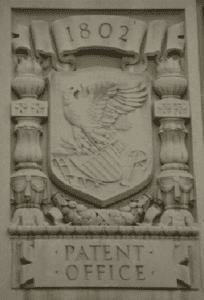 The CBM was created as a temporary measure (no new petitions will be accepted after September, 2020) to correct a perceived problem with certain financially-related business method patents that should never have been issued in the first place.

Under patent law, you can’t get a patent for an “abstract idea.” Software is patentable, but it can sometimes be difficult to differentiate between an abstract idea, which is not patentable, and a patentable invention.

Taking an abstract idea, such as a method to hedge a financial transaction, putting the idea into a patent application, and saying “do it on a computer” doesn’t make it patentable.

The CBM review was created to allow companies that are being sued for infringing a business method patent the ability to challenge it at the Patent Trial and Appeal Board (PTAB). If a patent is in fact invalid, it’s cheaper and generally faster to invalidate it with a CBM review than via litigation.

In a blatant violation of the intent behind the CBM review, the PTAB recently instituted a CBM review on a patent that is most definitely NOT a business method patent.

The AIA defined a covered business method patent as

…a patent that claims a method or corresponding apparatus for performing data processing or other operations used in the practice, administration, or management of a financial product or service, except that the term does not include patents for technological inventions.

Therefore, we were quite surprised to see that the PTAB recently granted a CBM review for US Patent Number 6,766,304, which covers “Click based trading with intuitive grid display of market depth.”

The patent’s first claim is for

A method for displaying market information relating to and facilitating trading of a commodity being traded in an electronic exchange having an inside market with a highest bid price and a lowest ask price on a graphical user interface, the method comprising…

The patent is for a graphical user interface (GUI). A GUI is most definitely a “technical solution” — not a mere abstract idea.

The PTAB’s decision is wrong, and this decision could harm certain patent owners. There are other ways to challenge a patent at the PTAB — for example, via an inter partes review (IPR).

For a company accused of infringement, a CBM has certain advantages over an IPR. Most significantly, a CBM is instituted if the petition is “more likely than not” to result in the invalidation of a claim in the patent, and an IPR is only instituted if there is a “reasonable likelihood” that a claim would be invalidated. While this may seem to be splitting legal hairs, “reasonable likelihood” provides greater protection to a patent owner who has invested time and money in securing a patent he or she assumes is valid.

We hope the patent office will reconsider and not allow the CBM review to be used against patents that were not intended to be covered.