rules that patent office should 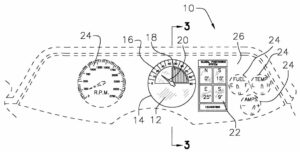 The US Supreme Court recently issued its first decision on the post-grant review process created in 2011 by the America Invents Act (“AIA”).

The Court ruled against the patent owner and approved a rule under which the US Patent and Trademark Office (“USPTO”) interprets claims as broadly as possible.

This rule makes it easier for someone challenging a patent using the inter partes review (“IPR”) process to show that the claims of a patent are actually unpatentable.

Using the IPR process, anyone can challenge the claims of a patent as anticipated or obvious based on prior art.

(“Prior art” is all information available to the public, in any form, before a given date, that might be relevant to a patent’s claim that an invention is “original.” Prior art can include patents issued anywhere in the world, articles in printed publications, etc.)

The Court found that a broad construction was in the public’s interest:

We conclude that the regulation represents a reasonable exercise of the rulemaking authority that Congress delegated to the Patent Office. For one thing, construing a patent claim according to its broadest reasonable construction helps to protect the public. A reasonable, yet unlawfully broad claim might discourage the use of the invention by a member of the public. Because an examiner’s (or reexaminer’s) use of the broadest reasonable construction standard increases the possibility that the examiner will find the claim too broad (and deny it), use of that standard encourages the applicant to draft narrowly. This helps ensure precision while avoiding overly broad claims, and thereby helps prevent a patent from tying up too much knowledge, while helping members of the public draw useful information from the disclosed invention and better understand the lawful limits of the claim.

The decision makes the IPR process even more attractive to those seeking to challenge patents. It also makes it more challenging for patent lawyers to draft patent claims that can survive the IPR process.