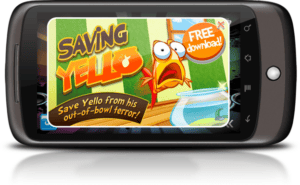 Mobile games are big business, generating $40.6 billion worldwide in 2016 and growing at a healthy 18% over the previous year.

The mobile gaming market is also highly competitive, with more than 800,000 titles available in app stores.

Only a small percentage of the hundreds of thousands of games are hits. 80% of mobile gaming revenues are generated by 20 game publishers and 1,000 top titles.

Although many mobile games are free, many offer in-game purchases, or charge players to unlock higher levels. People in Japan spend an average of $70 per month on mobile games, while Koreans spend $60 and people in the US and China spend about $25.

On average, people spend 30 minutes per day on mobile gaming.

According to Unity Technologies, a consulting organization, mobile game developers need to take into account the following technical constraints:

Mobile games are a bundle of intellectual property rights, from the platforms they run on to the graphic designs on the screens, and of course the names and logos are often protected as trademarks.

Some popular mobile games are based on other brands and forms of intellectual property.

The Game Refinery blog notes that well-known examples of brands licensed to mobile games include Kim Kardashian, The Simpsons, and The Walking Dead.

The blog author states that, on average, licensing well-known IP for a mobile game "increases the chances of getting to the top grossing 50 list."

The author concluded that a game based on The Walking Dead would have had revenue 65-75% smaller if it was just a generic zombie game.

However, history has shown that a famous brand isn’t nearly enough to make a game a success.

Perhaps the best-known example is the speculation that as many as 3.5 million unsold copies of Atari’s ET video game cartridges ended up in a New Mexico landfill.