eBay not at fault 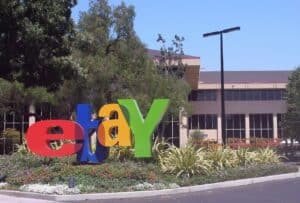 A federal court in Alabama has ruled that eBay isn’t liable based on unsupported claims of patent infringement by sellers on its site.

Blazer contacted eBay about products listed on the online marketplace that be believed infringed his patent. At the time, his patent was pending. eBay informed him that it would only respond when the patent was granted.

After the patent was issued, Blazer submitted a Notice of Claimed Infringement (“NOCI”) form to eBay.

According to the court’s opinion,

eBay has a policy to quickly remove listings when a NOCI provides a court order, but eBay rarely removes listings based on mere allegations of infringement. eBay has two reasons for this policy. First, eBay believes that removing listings based on allegations of infringement would be unfair to buyers and the accused sellers. Such a policy, in eBay’s view, would give too much power to unscrupulous patent holders. The second reason eBay has adopted its policy is because it lacks the expertise to construe the patent infringement claims submitted to it and cannot assess the claims when it never possess the products.

Blazer never sent a copy of an injunction or other court order to eBay with a finding that eBay sellers’ goods infringed his patent.

eBay moved to dismiss the claim.

A person or entity directly infringes a patent when it “without authority . . . sells or offers to sell . . . any patented invention, within the United States during the term of the patent thereof.” 35 U.S.C. § 271(a).

The court determined that “no reasonable consumer could conclude that by bidding on an eBay listing, he was accepting an offer from eBay itself,” and thus that eBay was not selling or offering to sell the allegedly infringing items.

The court also found that eBay didn’t induce infringement, because it had no actual knowledge of infringement: