must show how invention’s made — 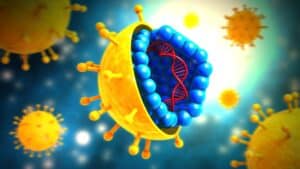 The Federal Circuit has affirmed a decision of the Patent Trial and Appeal Board (PTAB) involving the priority of inventions for a hepatitis C treatment.

Another application for the treatment, by Jeremy Clark, was filed in 2007, with a priority claimed to a provisional application filed in May, 2003.

Both applications were filed before the effective date of the America Invents Act, which abolished the old “first-to-invent” interference rule in favor of the new “first-to-file” rule.  So the older rule applied to this case.

Storer was initially declared the senior party based on the 2002 provisional application.

However, Clark challenged this, arguing that the provisional application didn’t “enable” compounds having specific characteristics.

Storer replied that the compounds were generically disclosed in his provisional application.

The PTAB found that Storer was not entitled to take priority based on the 2002 provisional application and awarded priority to Clark.

A patent application must include

a written description of the invention, and of the manner and process of making and using it, in such full, clear, concise, and exact terms as to enable any person skilled in the art to which it pertains, or with which it is most nearly connected, to make and use the same, and shall set forth the best mode contemplated by the inventor of carrying out his invention.

According to the Federal Circuit,

The enablement requirement is met where one skilled in the art, having read the specification, could practice the invention without ‘undue experimentation.’

When an issue is priority based on the specification, the earlier patent application must meet the enablement requirement.

The Federal Circuit found that the Storer provisional application didn’t describe synthesis of the compounds at issue, because Storer only described general approaches to synthesizing.

The court thus concluded that “a high amount of experimentation is necessary to synthesize” the target compound and thus that Storer’s application failed the enablement requirement.