is not too abstract 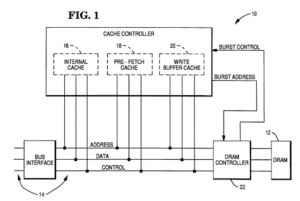 The Federal Circuit recently ruled that the claims of a software-related patent are patent-eligible subject matter.

The patent at issue describes “a memory system with programmable operational characteristics that can be tailored for use with multiple different processors without the accompanying reduction in performance.”

According to the patent, “prior art memory systems lacked versatility because they were designed and optimized based on the specific type of processor selected for use in that system.”

The case of Visual Memory LLC v. NVIDIA arose when Visual Memory sued NVIDIA for alleged infringement of its patent for a computer memory system. Believing that the claims were directed toward patent-ineligible subject matter, NVIDIA filed a motion to dismiss.

The district court granted the motion, finding that the claims were directed to the “’abstract idea of categorical data storage,’ which humans have practiced for many years.”

The court found no “inventive concept” because the claimed computer components—a main memory, cache, bus, and processor—were generic and conventional.

The Federal Circuit noted that to determine patentability in a case like this, a court must “ask whether the claims are directed to an improvement to computer functionality versus being directed to an abstract idea.”

The court found that the claims of the patent at issue were “directed to an improved computer memory system, not to the abstract idea of categorical data storage.”

Among other things, the court noted that patent included a microfiche appendix with 263 frames of computer code.

The court did not express any opinion on the validity of the patent, since it was only ruling on a motion to dismiss.

The patent-holder in this case may have prevailed in part because of the patent’s well-written description, including technical details (all that code) and explanations about how the invention improved on prior art.