Companies Give Patents to Native American Tribe to Protect from Review 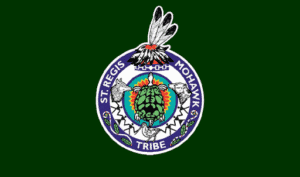 At least two companies have given their patents to a Native American tribe in an attempt to protect the patents from inter partes review (IPR).

As the New York Times reported, Allergan (based in Dublin) announced that it had transferred its patents for an eye drug to the Saint Regis Mohawk Tribe in upstate New York.

An Allergan press release states that the Tribe has granted exclusive licenses to the patents back to Allergan.

The Tribe received $13.75 million upon signing the agreement with Allergan and will be eligible to receive $15 million in annual royalties.

The patented drugs generated $1.5 billion in revenue for Allergan in 2016.

The Tribe, as a recognized sovereign tribal government, filed a motion to dismiss the ongoing IPR involving the patents.  The Tribe argued that it cannot face litigation in an administrative court unless it waives its immunity or the US Congress abrogates its immunity.

Teva Pharmaceuticals is one of the companies challenging the Allergan patents.

According to Allergan’s chief legal officer, the Tribe approached the company with this opportunity.  According to the Times, a Dallas patent law firm first came to the Tribe with the idea to work with Allergan.  The Tribe was already holding a patent for another technology company, SRC Labs.

Allergan noted that in recent cases like Covidien LP v. University of Florida Research Foundation Inc. and Neochord, Inc. v. University of Maryland, the Patent Trial and Appeals Board (PTAB) dismissed IPR proceedings against the universities based upon their claims of sovereign immunity.

The Tribe issued a statement saying,

This is a viable and sound opportunity for the Saint Regis Mohawk Tribe to enter into the patent, technology and research sector as part of our overall economic diversification strategy. We realize that we cannot depend solely on casino revenues and, in order for us to be self-reliant, we must enter into diverse business sectors…

According to an analyst quoted in the Times, if Allergan succeeds in shielding its patents, “we will probably see multiple branded companies housing their patents with Indian tribes.”

As the Times noted,

The announcement Friday is perhaps the most novel attempt to avoid a patent-review process that the brand-name drug industry has railed against in recent years. The process was created in 2011 as a way to streamline patent challenges by allowing them to be decided by an administrative panel, the Patent Trial and Appeal Board. But many patent holders have argued that the process is unfair and unnecessary because patents are already challenged in the federal courts. The Supreme Court will take up the issue next year in the case Oil States vs. Greene’s Energy Group.