Court Finds That YouTube “Reaction” Video is Fair Use

ruled to be fair use 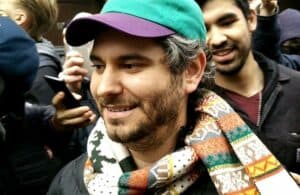 A New York federal court has ruled that YouTubers’ use of another YouTuber’s video was “fair use” under copyright law.

Hosseinzadeh’s five-minute video showed a fictional story of him chasing after a woman who challenged him to a parkour race. It has received 11 million views on YouTube.

The Kleins, in their own video, included clips from Hosseinzadeh’s video and commented on things like the production values and the video’s portrayal of women.

As the reaction video became popular on YouTube, Hosseinzadeh submitted a DMCA “take-down request, seeking to have it removed on the grounds of copyright infringement.

YouTube removed the Kleins’ video, and they submitted a DMCA counter-notification challenging Hosseinzadeh’s allegation that their own video violated his copyright.

Hosseinzadeh then filed suit for infringement. After the Kleins announced the lawsuit in another YouTube video, he added a claim for defamation.

Time Magazine reported on the case, noting that Ethan Klein collected more than $130,000 via GoFundMe from fans to pay for the defense. More than 5,718 people donated.

The Kleins have more than two million subscribers to their YouTube channels and have produced more than 300 comedy videos. They earn revenue from their videos and from $6,000 per month in crowd-funded donations.

The judge noted that “fair use” under copyright law generally exists where a work is transformative, in that it adds something new to the original work.

He also noted that “among the best recognized justifications for copying from another’s work is to provide comment on it or criticism of it,” and that the Kleins’ work was a “classic example” of that.

The judge also found that the Kleins had not abused the DMCA process by filing their counter-notice, since they had a good-faith belief that what they were doing was fair use.

Also, the judge found that the Kleins’ lawsuit video wasn’t defamatory since it contained mostly “non-actionable opinions” and that the factual statements included in it were true.

The judge thus granted the Kleins’ motion for summary judgement.

The opinion can be read here.