what’s the future of patents

in the coming year? 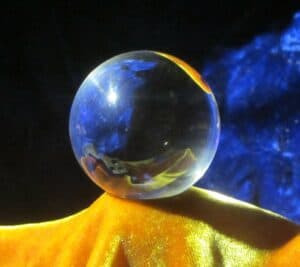 The beginning of a new year is a good time to look back at the year past, with an eye toward what could happen in the future.

The latest overhaul of US patent law came under challenge in the Oil States case.

The question presented to the US Supreme Court is:

Whether inter partes review, an adversarial process used by the Patent and Trademark Office (PTO) to analyze the validity of existing patents, violates the Constitution by extinguishing private property rights through a non-Article III forum without a jury.

Oral arguments were heard on November 27, as a small group of inventors protested on the Supreme Court steps, calling the changes made by the 2011 America Invents Act (AIA), including inter partes review, an erosion of patent rights.

As Fortune noted, a ruling against the AIA “could topple a major pillar of the current patent system, and send economic ripples through the tech and retail sectors.”

The importance of the case is reflected by the 60 “friend of the court” briefs filed — more than in any other case before the Supreme Court this term.

The decision is likely to come out early in 2018. Most commentators expect the Court to uphold the AIA.

The Patent Trial and Appeal Board (PTAB) has been called a “killing field” or “death squad” for patent rights.

According to Lex Machina, a LexisNexis company that mines litigation data, including patent-related data,

Two hundred twenty patents found valid by federal district courts were also reviewed by the PTAB. The PTAB found that 76.4% of those patents were defective.

The Federal Circuit confirmed in 2017’s Novartis AG v. Noven Pharm. Inc. that it’s permissible for the district courts and the PTAB to reach different conclusions about the validity of a challenged patent, even when presented with the same evidence.

In federal courts, patent challengers must show invalidity by “clear and convincing evidence.” and a patent is presumed valid.

In an inter partes review before the PTAB, on the other hand, a challenger must only show invalidity by a preponderance of the evidence, and there is no presumption of validity.

This disconnect in findings of patent validity between the USPTO, federal courts, and the PTAB have led to something of a backlash against the AIA, so that even if the Supreme Court decides to uphold the validity of the Act there may be judicial or legislative moves to better align the PTAB with the courts and the USPTO.