patents can be filed 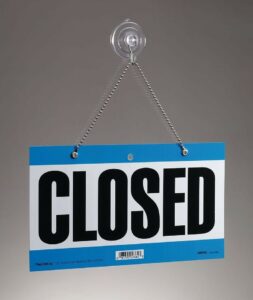 At 12:01 in the morning on January 20, the US government officially closed for business.

The shutdown resulted from a failure to reach agreement on spending and immigration issues.

What a shutdown means is that “nonessential” government functions stop. “Essential” functions (including the military, Social Security, and air traffic control) continue.

Essential workers don’t get paid either, but they do have to go to work.

Usually, when a shutdown is over government worker salaries get paid for the period of the shutdown.

Fortunately for those of us in the patent world, the US Patent and Trademark Office (USPTO) will stay open — at least for the moment.

This is because, unlike other federal agencies, the USPTO runs on fees collected from patent applicants. It’s got its own “savings account” that will allow it to run for at least several weeks.

According to a memo issued by the USPTO, if it runs out of money before the shutdown is over,

the USPTO would have to shut down at that time, although a very small staff would continue to work to accept new applications and maintain IT infrastructure, among other functions.

This is good news for patent applicants. Even in a worst-case scenario, with the government shutdown dragging on for weeks and the USPTO using up its reserves, new patent applications could still be filed.

This is important because the US (like the rest of the world) runs on a “first to file” patent system.

Being unable to file promptly could create a huge mess, if competing patent applications claimed priority over each other once filing reopened. It’s not clear what would happen in that case; maybe the US would temporarily revert to the old (pre-2013, pre-AIA)  “first to invent” system?

But we don’t have to worry too much about that. It’s business as usual at the Patent Office, at least for the foreseeable future.