Video and Slides Can Be “Prior Art” 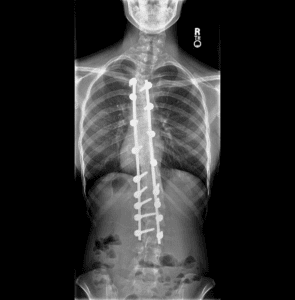 The Federal Circuit has ruled that a video and slides shown to a select group of experts could qualify as “prior art” that would invalidate a patent application.

The decision arose from a patent infringement lawsuit by spine surgeon Dr. Mark Barry against Medtronic, which manufactures surgical systems and tools used in spinal surgeries.

Barry alleged that Medtronic infringed two of his patents for a method for ameliorating aberrant spinal column deviation conditions, such as scoliosis.

In its defense, Medtronic submitted prior art references including a video demonstration and a related slide presentation to spinal surgeons at various industry meetings and conferences in 2003.

The Patent and Trademark Office’s Patent Trial and Appeals Board (PTAB) found that the video and slides, although presented at three different meetings in 2003, weren’t publicly accessible and therefore were not “printed publications,” in accordance with 35 U.S.C. § 102. As a result, the PTAB refused to consider these materials as prior art in its evaluation of the patents.

Medtronic argued that the PTAB committed legal error in concluding that the video and slides weren’t sufficiently accessible to the public. According to Medtronic, the PTAB’s sole basis for this conclusion rested on its faulty assumption that the materials were distributed only to members of the Spinal Deformity Study Group (SDSG).

Medtronic pointed out that the PTAB improperly ignored evidence that the video and slides were distributed at programs that were not limited to SDSG members. Also, Medtronic contended that a prior art reference need only be accessible to the “interested public” to satisfy the public accessibility requirement, and that members of the SDSG fall within that category.

A reference will be considered publicly accessible if it was `disseminated or otherwise made available to the extent that persons interested and ordinarily skilled in the subject matter or art exercising reasonable diligence can locate it.’

whether dissemination of the Video and Slides to a set of supremely-skilled experts in a technical field precludes finding such materials to be printed publications warrants further development in the record.