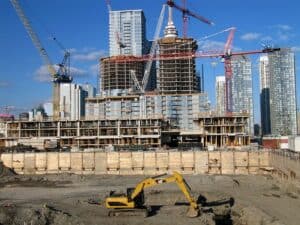 The Office of Information and Regulatory Affairs of the Office of Management and Budget (OMB) has given final regulatory approval to changes to the claim construction standard for interpreting claims in trial proceedings before the Patent Trial and Appeal Board (PTAB).

The USPTO proposed replacing the “broadest reasonable interpretation” (BRI) standard for construing unexpired patent claims and proposed claims in these trial proceedings with a standard that’s the same as the standard applied in federal district courts and International Trade Commission (ITC) proceedings.

The ITC construes patent claims in accordance with the principles that the United States Court of Appeals for the Federal Circuit articulated in the Phillips case (Phillips v. AWH Corp., 415 F.3d 1303 (Fed. Cir. 2005)).

Under the Philips standard, “words of a claim are generally given their ordinary and customary meaning.’’

As the USPTO noted,

although the BRI standard is consistent with longstanding agency practice, the fact that the [Patent] Office uses a claim construction standard that is different from that used by federal district courts and the ITC means that decisions construing the same or similar claims in those fora may be different from those in AIA trial proceedings and vice versa. Minimizing differences between claim construction standards used in the various fora could lead to greater uniformity and predictability of the patent grant. In addition, using the same standard in the various fora could help increase judicial efficiency overall.

The change will be effective around the end of November or the start of December.

There may be a rush of petitions to the PTAB before this effective date, to take advantage of the soon-to-end, more-lenient, standard.